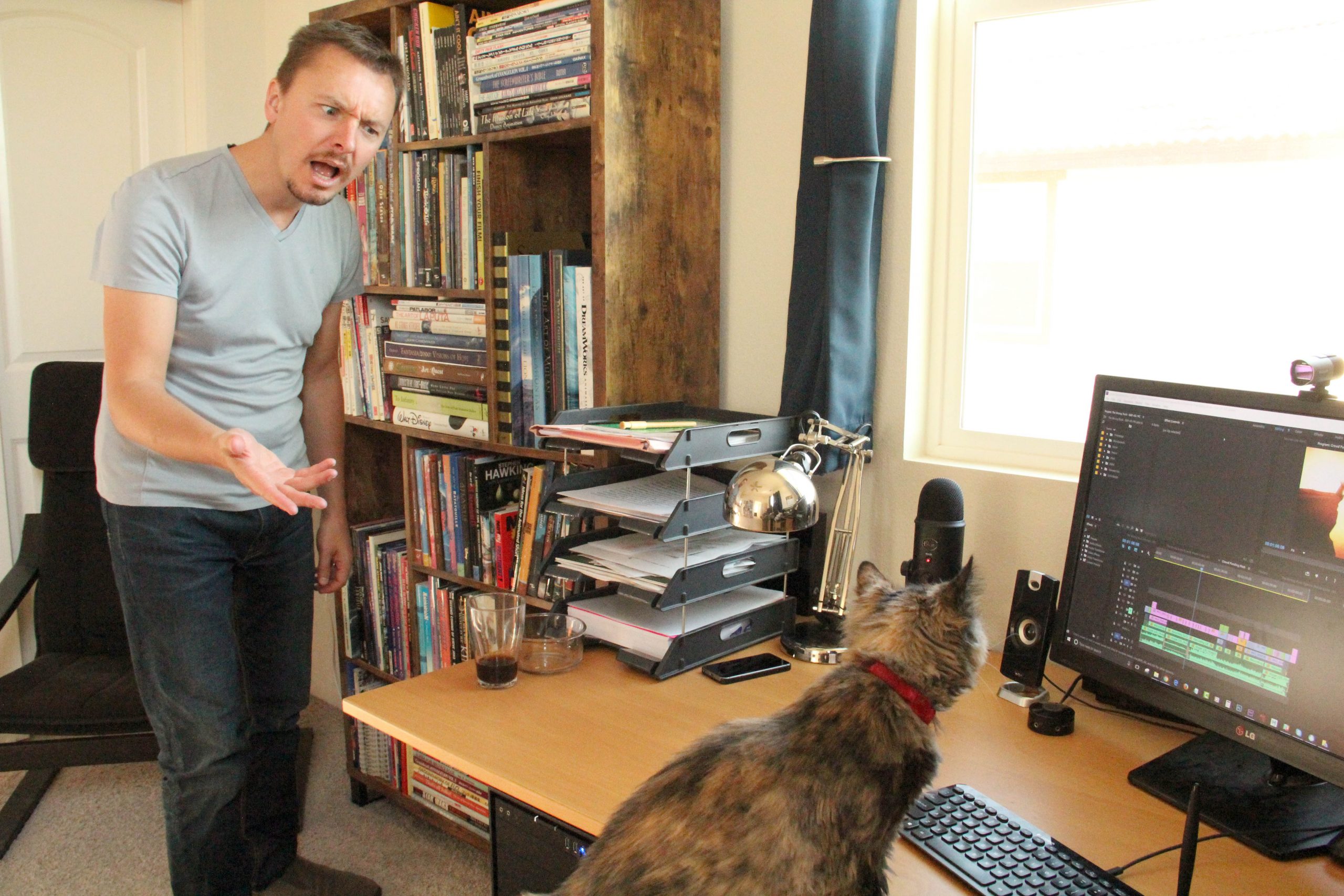 Artists working in Animation are a proud people. We all want to take ownership of our work, start it from as close to scratch as possible, then see it through to completion. That way when we show it as part of our portfolio we can say we did everything. Unfortunately production doesn’t make it that clean.

I try my best to give fresh clean sequences to our artists but often I have to hand on sections of the film that have been worked on by other artists. More often than not, those artists became too busy to follow through on their assignment, and when it’s an unpaid position you have to let them do what they need to do, and move on. Sometimes it’s just about reducing the workload of an artist, so we break up sequences into smaller chunks and the new animator may find themselves with something that has already been started.

When an animator gets a scene that’s been started there are a number of ways they tend to approach working on it.

It’s always a challenge and it’s purely a judgement call when you come to a choice over how to proceed. If an artist does about 10% of a shot then can’t follow through, it’s usually better to start again from scratch with the second artist. Once something is more like 60% done it’s generally best to work with what’s there. Between 10% and 60% it’s a very grew area… and it depends how good the first artist was.

As an indie director on the short film The Wrong Rock and other short films before it, I often just have to pick up the tasks that either no-one wants to do, or haven’t been finished. If something is pretty good, but not finished it’s often a hard sell to get a new artist to complete the job, and it comes down to me to do it to make sure the project gets done. I find this enormously frustrating, but it’s a reality of directing an indie film. You’ve got to get your hands dirty, sitting in your ivory tower doesn’t get indie films made.

I’ve seen similar stories on entire projects (films, games, etc…) that get taken over by other creatives at the top end (writers, producers, directors, etc….) and you see exactly the same mechanisms at work. Everyone wants to take ownership of the project. Good work and bad gets lost along the way. In a perfect world you’d see the creation through from start to finish with the same artists. But the realities of life often don’t allow for it.

This site uses Akismet to reduce spam. Learn how your comment data is processed.