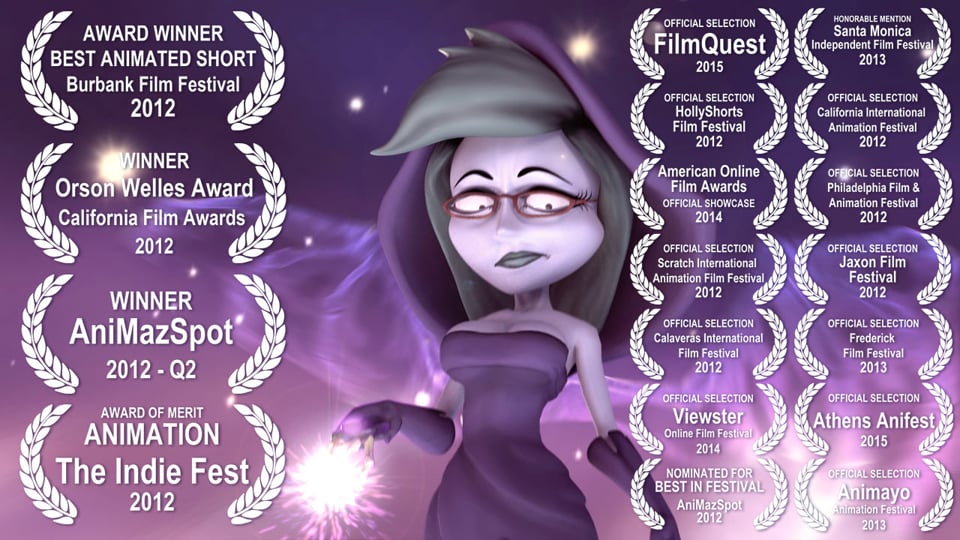 Devil wants Cupid's job, but a battle for Death's affections has catastrophic results below the Heavens.

Created by the Animation Director, Michael Cawood, this computer animated short film is the work of a worldwide team of Artists and Animators. Entirely developed online, this was a world wide collaborative effort with a team of talented artists and animators.

The film was released onto YouTube in January of 2012. Since then it has attracted millions of views, a good number of festival screenings, an Award for 'Best Short Film' at the Burbank Film Festival, another for 'Best Animation' at The Indie Fest, a nomination for 'Best in Festival' at AnimMazSpot, the 'Orson Welles Award' and it was screened at the Holly Shorts Festival taking place at Grauman's Chinese Theater on the Hollywood Walk of Fame. A Director's Cut was released on Vimeo in October of 2012.